The hashtag #WhiteLivesMatter may have caused some confusion on Twitter on Wednesday, after K-pop fans took over the trending topic by spamming it with fan cams and memes of their favorite artists.

The united effort effectively drowned out the white-supremacist messaging that organizers of the hashtag were likely hoping to spread, with K-pop fans using the hashtag to promote their favorite groups instead, while also linking to anti-racist organizations and messaging.

The idea for Wednesday’s trending topic takeover stemmed from a similar action over the weekend, when K-pop fans spammed the Dallas Police Department’s “iWatch Dallas” app with fan cams and photos. Dallas PD had claimed they were using the app to monitor “illegal activity from the protests,” but many residents complained that the department was actually using the app to “snitch” on protesters. K-pop fans replied to the cops’ call for videos by sending them homemade clips of their favorite Korean artists performing onstage.

“The idea of spamming these types of white supremacist hashtags came from the idea of spamming the Dallas Police Department app,” explains the Twitter user “Lovely Doya,” a 17-year-old BTS and ONEUS fan from California. “We did it to protect the people at the protest because K-pop fans agree that they do not deserve to be arrested for gathering to fight for justice. Since this plan was successful, we realized it would work with other things like burying hateful white-supremacist tweets in their own hashtags.”

Monsta X on Living Together During Quarantine, How New Music Video Can Spark ‘Happiness’

SuperM Set Unprecedented Live Streaming Concert to Give Back to Fans

70 Greatest Music Documentaries of All Time

For Sarah Jimenez, a 20-year-old BTS and Monsta X fan from California, the social media takeover was a way for the K-pop community to unite for something positive, while also refuting common stereotypes about the fandom.

“People think that sometimes we start those dumb party trends because K-poppers want views for their fan cams, or that we don’t even know what the tag is about [and that] we just want the views, but it’s a misconception,” Jimenez says. “On some occasions, when we don’t like what a tag is trending for, we unite and purposefully spam to overtake it, like was the case for this tag,” she explains.

While K-pop fans have been known to passionately defend their favorite groups, they’ve been unified about the way they are using their voice these days, offering up a more empathetic example of “stan culture” online.

“Some big accounts have stopped posting about their idols (favorite artists) and started posting about the Black Lives Matter movement instead,” Jimenez explains. “The accounts are taking advantage of their already-big platforms to drop links to articles explaining where we can donate funds, and made threads on what we can do to help out the protesters.”

“The K-pop community has also started censoring the idols names [on their tweets] so that we don’t accidentally trend them like we usually do,” Jimenez says. “We want the Black Lives Matter tag to keep trending at number one [rather than the artists].”

a thread of hashtags used by the cops to recognize protestors and share informations between each other (m@ga/bluelivesmatter etc..) that we have to spam with fancams/edits espacially on twt and instagram.

For “Lovely Doya,” who declined to provide her name but identifies as Mexican-American, participating in Wednesday’s #WhiteLivesMatter takeover (which quickly merged to spam the #WhiteOutWednesday tag) came naturally to her and the thousands of others who helped to bury the hashtag’s racist messaging and original intent.

“Although K-pop fans are using a very unique and interesting approach, we show our support in this way because social media is our forte and we know we have the ability to make things trend easily,” she says. “It’s important to show support because the BLM movement is about bringing justice to all the innocent lives lost at the hands of racist police officers. It is something that myself and countless other K-pop fans believe in, because many of us, including myself, are POC. At the end of the day, we are human before we are K-pop stans.” 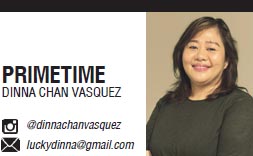 SOME people like to say, “Twitter is dead.” If you’re a K-pop fan, you know this isn’t true. I, for one, run three K-pop-related accounts, one of which is an hourly account for one of my favorite artists.

I’ve been on Twitter since 2009 and I’ve been through so many of its important K-pop moments, from PSY’s (@psy_oppa) #GangnamStyle in 2012 to the release of supergroup SuperM’s (@superm) first mini-album in 2019.

PSY’s “Gangnam Style” and the #GangnamStyle Worldwide Syndrome became viral in 2012. The song ranked No. 2 for seven consecutive weeks on Billboard Hot 100. On December 31, 2013, PSY performed at Times Square in New York.

Many other artists had historic moments on Twitter. Big Bang was the first K-pop artist to win Best Worldwide Act at MTV EMAs in 2011, and in 2012 Alive became the first K-pop album to chart on Billboard 200. Big Bang’s (@YG_GlobalVIP) #BIGBANGMADE, the 2015-2016 MADE World Tour, attracted 1.5 million concertgoers.

In 2011, the SM Entertainment boy group Super Junior (@SJofficial) made it to the “Top 10 Trending Topics on Twitter”. In 2012, Super Junior ranked No. 1 on Taiwan’s KKBOX for 121 consecutive weeks. In 2015, the group was named Best International Artist in the Teen Choice Awards.

In a press release, Twitter said #WonderGirls “paved the way for the new decade of K-pop as a pioneer.” Wonder Girls (@WonderGirls) was the first K-pop artist to enter the Billboard Hot 100, and their song “Nobody” topped the Year-End Chart of the Billboard Hot Single Sales in 2009. Reboot was named No. 1 in 10 Best K-pop Albums of 2015 by Billboard.

Another girl group, Girls’ Generation (@GirlsGeneration), was the first foreign girl group to top Japan’s Oricon Chart in 2010 and was named Best K-pop Girl Group in the Past 10 Years by Billboard in 2017.

In 2012, 2NE1 became the first girl group to stage a world tour with “#2NE1NewEvolution” and its song “Crush” set new records, including bestselling K-pop album and “Highest-Charting K-pop album” on the Billboard 200 in 2014.

In 2013, boy group EXO (@weareoneEXO) sold 1 million albums with XOXO (Hugs & Kisses). In 2017, the launch of the group’s official Twitter account with The War album led 11 million tweets in 48 hours and its song “Ko Ko Bop” was ranked No. 1 as “the most mentioned song.” In 2019, “Obsession” was named Best K-pop Song of the Year by Billboard.

In 2015, GOT7 (@GOT7Official) ranked No. 2 on the 2015 Twitter Global Top Keywords (Music), and No. 1 among K-pop related trends. In 2018, the group’s fans were named #TwitterBestFandom at Soompi Awards. For seven consecutive years since their January 2014 debut, GOT7 has been a Top 3 Most Mentioned K-pop Artist. In 2016, TWICE’s (@JYPETWICE) song “Cheer Up” swept major K-pop awards and in 2017, the group became the first foreign female artist to achieve “Triple Crown on Oricon chart.” In 2019, they made news with the “#TWICEdreamday Dome Tour”.

In 2019, BLACKPINK (@ygofficialblink) was the first K-pop girl group to perform at Coachella and the first girl group to be named to Forbes Asia’s “30 Under 30” list. In 2020, the launch of their Twitter account with the song “How You Like That” led 5 million tweets in 12 hours.

In 2019, SuperM had the most sensational debut in K-pop history in the new supergroup format, with its members composed of artists from #SHINee, #EXO, #NCT127 and #WayV. The launch of their first mini-album was the first time Billboard 200 was topped by a K-pop artist debut album.